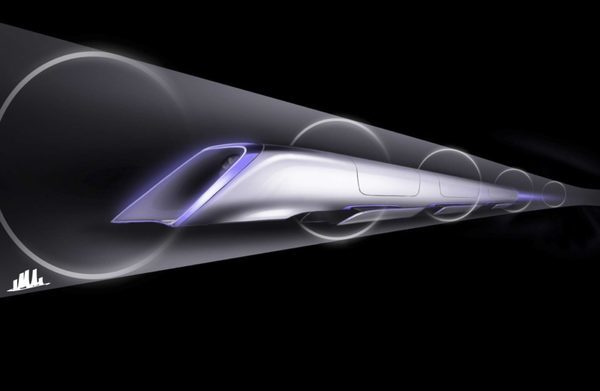 A sketch of billionaire Elon Musk’s proposed «Hyperloop» transport system is shown in this publicity image released to Reuters on August 12, 2013. The Hyperloop, which Musk previously described as a cross between a Concorde, rail gun and air-hockey table, will be solar powered and move passengers and even automobiles at speeds of up to 800 miles per hour, according to the 57-page design plan. REUTERS/Tesla Motors/Handout via Reuters (UNITED STATES — Tags: TRANSPORT SCIENCE TECHNOLOGY BUSINESS) ATTENTION EDITORS — THIS IMAGE HAS BEEN SUPPLIED BY A THIRD PARTY. IT IS DISTRIBUTED, EXACTLY AS RECEIVED BY REUTERS, AS A SERVICE TO CLIENTS. NO SALES. NO ARCHIVES. FOR EDITORIAL USE ONLY. NOT FOR SALE FOR MARKETING OR ADVERTISING CAMPAIGNS