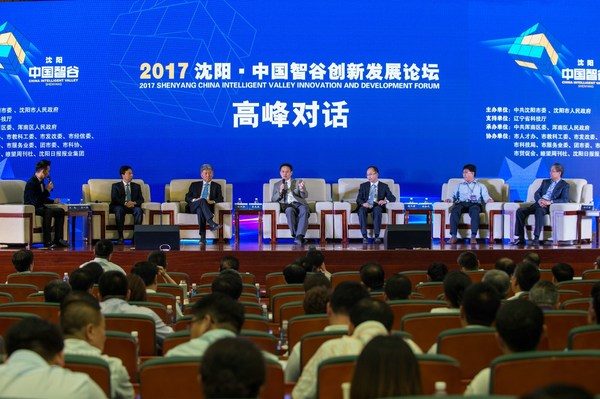 More than 700 people from the scientific and business circle in the field of top-level design and intelligent manufacturing attended the forum to pool their wisdom and contribute their ideas on the revitalization of Shenyang. Under the theme of «Shenyang Strength, Intelligent Future,» the participants had in-depth discussions on the targets, policy measures and supporting services for building Shenyang into China’s Intelligence Valley, as well as the development direction of the intelligent industry in the Hunnan District.

According to statistics, information technology, intelligent manufacturing, biological medicine, civil aviation and other leading industries accounted for 93 percent of the gross output generated by industries above designated size. Their profits jumped by nearly 40 percent in 2016 compared to the previous year, and they laid solid foundation for the creation of China’s Intelligence Valley.

In addition to the theme discussion, the 2017 forum also included five sub-fora with such topics as «the direction of industrialization of artificial intelligence,» «the strategy and measures for the development of health care and bio-pharmaceutical industries», ect.